Anthropologist Margaret Mead famously said that every person has three marriages in them. We marry the first time for sex, the second for security, the third for companionship. While I have great respect for the thrice-married Dr. Mead, I was grateful she added, “even if they are all to the same person.”

Three years ago, I told the story of how I met my “first” husband, in the post, “So This Guy Walks into a Bar…” I highly recommend starting there to understand my marital history, but on our wedding anniversary, I’d like to introduce you to my “second” husband. He is usually referred to in my blog as “Tim,” or “Babe,” his given and pet names respectively, but he is almost always reduced to playing the straight man in my stories. He is frequently the Ricky to my Lucy, instead of the real, flesh and blood man he is and I thought this might be a chance to improve upon that limited role, so let me tell you a story about how I met my “second” husband.

By the time Molly Grace was born, Tim and I had been married for almost ten years. The purpose of our “first marriage” had been met, as was obvious by the number of dependents we traveled with. And so as she toddled off to preschool, I was ready for a new experience and attended a religious and spirituality conference in Los Angeles. I’m sure Tim never gave a thought to the trouble I would find there, attending daily mass and singing worship music with my Catholic mother. But I found it. Speakers like Ron Rolheiser, Paula D’Arcy and Richard Rohr spoke to parts of me I thought I had lost forever in the oxytocin-fueled haze of breastfeeding and the drudge of diaper changes. They reawakened my curious mind and restless heart.

But by the third day, I was so full of new ideas that I almost skipped out early, eager to get home to Tim and the kids, but I had one more ticket to see an Irish poet named David Whyte. I had never heard of him before, but something urged me to stay and to this day, I am grateful I did. Whyte offered a piece of wisdom that would become the pattern for my life moving forward. He said,

“You must learn one thing ,

The world was made to be free in.

is too small for you.”

(Please don’t read the poem dualistically. Not every moment of every day, or situation can bring us to life and it doesn’t mean we leave. It just means we can start asking questions and getting curious about the situation.)

Whyte postulated that we were not created to stay the same over the course of our lifetimes. We do not hit thirty, or forty, or fifty and stop growing. We are a product of evolution, and as such, it is our God-given gift and responsibility to evolve ourselves, to stay on the creative edge of life, always adapting to survive and thrive in the new situations and habitats we find ourselves in.

I loved Whyte’s deep, Irish brogue, but as I listened, anxiety churned in my belly for he was naming the very sense of discomfort that had been creeping into my life during that time. Though I had told my “first” husband that I all I ever wanted to be was a stay-at-home mom, I realized that wasn’t true anymore. Although I loved my life, some part of me was buried underground and I wanted to go digging. I wasn’t looking for Tim’s permission exactly, but I certainly wanted his support.

After tucking the kids into bed that Sunday night, Tim and I crawled into a hot bubble bath, our favorite place for long conversations on winter nights, and I began to unpack my ideas. He was a great listener. He didn’t get defensive, even though it couldn’t have been easy to hear that after providing everything I’d ever wanted, I now found it “small,” and limiting in some crucial way. I looked at the discomfort in his eyes, and plowed ahead. (Since then, I’ve learned the art of greater conversational subtlety and patience and how to apologize when I push too hard.)

David Whyte had echoed Mead’s insights on marriage – that marriage is about freedom, not limitation. Being married doesn’t mean you can’t change; in fact, it means you both have a safe place to do so. You’ve made a commitment to be just that. When you say, “I do” at the altar, you don’t marry just one person. You are vowing to love and honor every version the person standing in front of you will become over the course of your lifetime together. I told Tim that my intentions were good, that I didn’t want to become someone he wouldn’t know. I just wanted to look in a mirror and see beyond the roles I played, to the ME I might become if I explored the depths of my heart and the possibilities of my life. And then I asked him, “Do you trust me?”

He looked at me in my excitement and pain and longing and he said, “Yes,” knowing it was going to cost him something, and praying it wouldn’t cost him everything.

And in that moment, I met my “second” husband.

My “first” husband rescued me, made me feel like a beautiful princess, and set about delivering my happily ever after. My “second” husband stepped back and let me rescue myself, knowing that true happiness could only come from within.

Brené Brown has developed a kind of litmus test for the maturity of partners in a marriage, or any deep relationship. She writes, “If you show me a man who can sit with a woman in deep struggle and vulnerability and not try to fix it, but just hear her and be with her and hold space for it, I’ll show you a guy who’s done his work and doesn’t derive his power from controlling and fixing everything and if you show me a woman who can sit with a man in real vulnerability, in deep fear, and be with him in it, I will show you a woman who has done her work and does not derive her power from that man.”

Like any young couple, Tim and I spent years trying to shore up our power by attempting to fix each other, the faults and annoying habits obviously, but also the friendships and foes that caused our loved ones pain. When you’re young, you think everything can be improved with just a little more effort and care, but when you’re older, you know life is more about keeping vigil than keeping it all in line. Tim showed me how that night and in the years that followed by walking and talking with me, listening to my prayers and holding me in my pain as I discovered who I wanted to be. A few years later, he let me return the favor when the economy tanked and his business was on the line. I couldn’t fix a damn thing when it came to the Great Recession, but I could do what he had done for me.

Over the years, we have become successively new versions of ourselves, transformed by our personal and professional successes and failures, as well as those of our children, families, communities and the world at large. If one of us is feeling “small,” we both try to show up to do the work it takes to set them free. To be clear, it is hard work and we often fail. Like any couple, we fight and bicker; we fall in and out of love (but never out of Love); our tempers get the best of us, though we are quick to apologize. That is the humility of marriage; the mirror is always there in front of you, reflecting your best and worst qualities, if you dare to look.

On our 15th anniversary, a few years after we embarked on our “second” marriage, Tim and I renewed our vows. We invited couples who had supported us over the years and also modeled the kind of marriage we were trying to practice ourselves: a loving, respectful partnerships of equals. Tim and I recommitted to supporting each other in what Carl Jung called “the privilege of a lifetime: to become who you truly are.”

I am so grateful for having experienced a “first” marriage that was so full of romance and intimacy. I am still blessed with a “second” marriage that transformed my still-lovely lover into a safe house for growth and experimentation and finally, we look forward to our “third” marriage, whenever it arrives, but we’re in no hurry. It feels like we’re living the three marriages of a lifetime already. We have a lover, a safety net and a best friend at our sides every day.

So when I make cracks about Tim tuning out my stories, or mocking my attempts to try something new, know all this about him too. Though I may write about him as my sidekick, he is so much more than that. I am only me, because I have been loved by him. 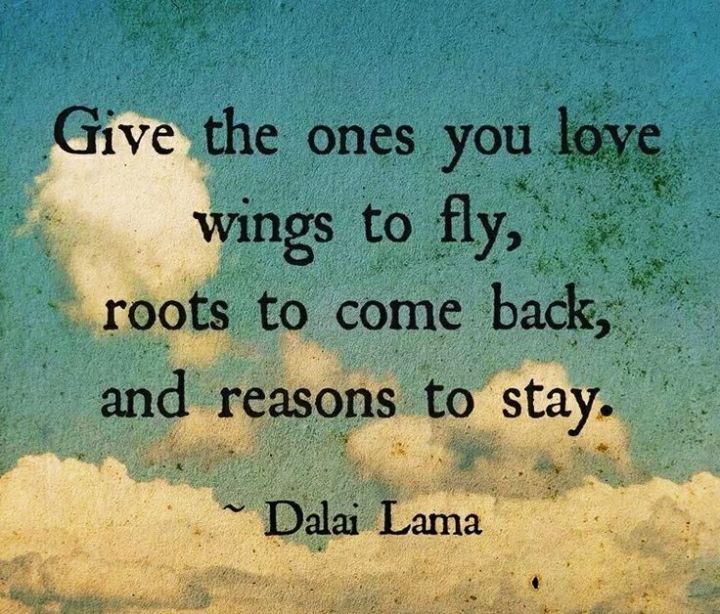