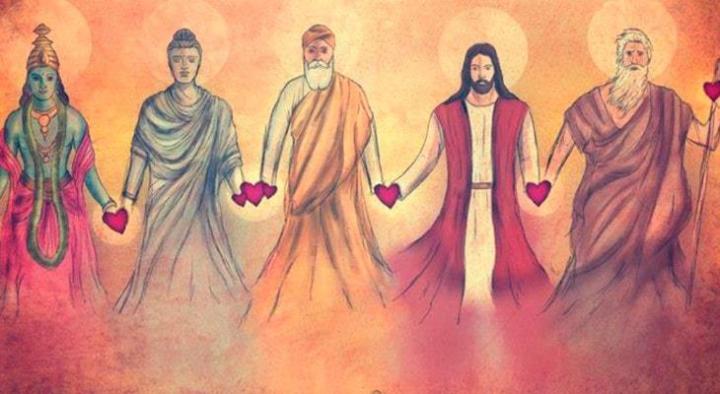 It’s been a long time since I’ve posted on #Signs of Love, not because I haven’t had things to say, but because I haven’t had the time to say them properly. I was working on a funny little “come back” blog, but this topic just keeps coming up – over and over and over again. When that happens, I’ve come to trust that a holy invitation is being offered, one that should be explored, not ignored.

This morning, I opened up my Facebook feed and found this reflection written Collin Packer, a white minister in Dallas, Texas, in response to the killing of Botham Shem Jean in his own home by a police officer. I had heard his name a couple times over the last week, but hadn’t tuned in to the details of the case. I don’t know all the facts, but Packer’s point of view is an important one, as it is written by a peer, a member of the local community and a person in a position of power. 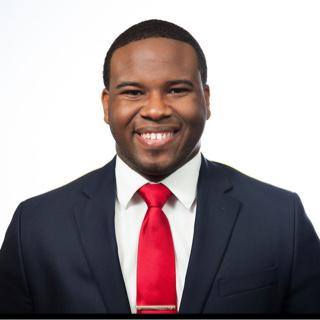 Yesterday, I attended the funeral of Botham Shem Jean. It was one of the most moving experiences I have ever had. Botham was a man of God, a graduate of Harding University, a worship leader, and a brother in Christ. We shared the same city and the same small religious tribe. He attended our church a few times.

8 days ago, Botham was murdered in his home. The shooter was not taken into custody until 3 days later. And yesterday, while I was sitting at his memorial service, those in power prepared to release the results of what often happens when African-American men are murdered: a thorough investigation into the life of a victim to criminalize him and somehow help others come to the conclusion that he, because of some flaw, “deserved” the bullet that took his life in his own home.

We don’t just murder African-American men. We murder their character. And we continue to justify systems that have continually devalued black bodies from the moment they arrived on our shores on slave ships.

I am a white minister in Dallas. My family has lived here for generations. I have benefited from so much that this city has offered me. But my experience is not the experience of everyone in Dallas.

And I refuse to be silent and complicit any longer. Botham’s memorial service, along with many other events over the past few years, have unstopped my ears and cleared my eyes.

In his “Letter From a Birmingham Jail,” Dr. Martin Luther King Jr. spoke words that still ring true in our day:

“I must confess that over the past few years I have been gravely disappointed with the white moderate. I have almost reached the regrettable conclusion that the Negro’s great stumbling block in his stride toward freedom is not the White Citizen’s Counciler or the Ku Klux Klanner, but the white moderate, who is more devoted to ‘order’ than to justice; who prefers a negative peace which is the absence of tension to a positive peace which is the presence of justice…”

The voice of our brother’s blood cries out to us from the ground. May justice roll down like a river. Let us do what we must to tear down any dam constructed to block the flow of that river.

There is not much I can do to “tear down” the dams of injustice, in part, because I benefit so much from the pools that have gathered behind them. But at the very least, I can acknowledge the dams and some of the ways privilege has flowed my way because of the color of my skin.

Another invitation to examine this issue came just yesterday from Parker Palmer, the Quaker author, activist and teacher. He is a humble man, a wise elder and a gentle soul and his words moved me deeply, starting with the title of his essay, “Owning Up to my Toxic Biases.” I’ll just share a few bits here, but I highly recommend you take the time to read the entire piece.

Palmer begins with the words of a friend:

“Grant me the wisdom to see my own unconscious biases that continue to unintentionally and inadvertently make me complicit in this staggering rise of hate and callousness. May I never forget that hate and callousness have been as much part of this American experiment as joy, hope, and love. That while this experience may be new to my consciousness it has been a part of the lives of my fellow Americans who have lacked the access to money and power that come with privilege.”

Palmer goes on to reflect:

So, for the umpteenth time, I’m trying to come to terms with my own complicity in white privilege and the injustice and inhumanity that flow from it. When white people like me ignore or deny all that, it’s just another way of aiding and abetting it.

Isn’t the evidence clear-cut? A lot of things that are easy and safe for white folks are difficult or dangerous for people of color — from being pulled over for a broken taillight to trying to rent or buy a home in certain communities…

But my confession needs to go deeper than owning up to white privilege. Like many people of my race, I carry unconscious elements of white supremacy. If I want to help stem that bloody tide, I must become conscious of that fact.

No, I don’t belong to or support the KKK and its kin, whose beliefs and actions are evil to the core. But it’s a cop-out to equate white supremacy with its most toxic forms. Doing so takes the onus off people like me to come to terms with reality — our country’s and our own. How could a nation built in part on the enslavement of human beings not have a cultural substrate of white supremacy? How could white people rooted in that ground not be tainted by that toxicity?

If I look at myself closely and honestly, I find a form of white supremacy that’s subtle but pernicious. For a long time, I held an unacknowledged assumption that “white is normal,” that white ways are the “normal” ways.  All other ways are “exotic” at best, often “strange” and even “off-putting,” and sometimes “scary.”

Does all of this make me guilty of something sinister simply because I was born white? Of course not. No one is born guilty of anything. The guilt comes when I deny that being white gives me social advantages and crimps my capacity to see the world clearly and engage it honestly. Denial keeps me from owning my own arrogance, putting on corrective lenses, and fully joining the fight against the pestilence of white supremacy.

Is there any hope for white illusionists like me? As far as I’m concerned, this entire column is about hope — because hope opens up as soon as we gain self-awareness, confess our role in creating injustice, and reach deep for ways to release the better angels of our nature.

I love that phrase “white illusionist,” in part because it makes my own blindness more palatable and therefore easier to admit to and actively address. We can’t see what we aren’t told to look for, so when I look for “white supremacy” in my own life and actions, it’s difficult to see, but when intelligent, invested people pull back the curtain on the “illusion” of color-blindness most of white America hides behind, I am amazed at all the tricks in my subconscious that allow me to enjoy my life “as is.” While I may be consciously poking holes in those “dams of injustice,” I am unconsciously building them up and swimming in the overflow.

So what do I do about it, Palmer wonders?

I wonder about that too, but I think I know at least part of the answer.

1. Be more curious than defensive.

And if you’re curious, start investigating the questions. Look for authors, essayists and activists who will challenge your thinking. Join healthy conversations on the topic. If you’re a Tucker Carlson fan, I’m not saying you should go read Ta Nehisi Coates, but start seeking out authors on the right who are more open to a respectful dialogue on the subject. You might start with David French’s essay, “Why I Changed the Way I Write about Police Shootings.” If you’re a person of faith, or a white mom, try one of the essays of Jen Hatmaker on the subject, or watch her Today show video. If you’re interested in politics of the death penalty, read Bryan Stevenson. I’m currently being enlightened, challenged and disturbed by Austin Channing Brown’s I’m Still Here: Black Dignity in a World Made for Whiteness.

There is so much good content out there, but we need to seek it out and then we need to sit with it, especially when it makes us uncomfortable, or flies in the face of our own experience and what we believe to be the entire truth about ourselves, our nation, or our faith.

2. Be willing to speak up, but be humble.

I can’t think of anything more awkward to speak about than race and my own whiteness, so most of the time, I keep my mouth shut (unless I’m at home; my family hears about it probably more than they’d like). But I’m trying as humbly as I can to be a little braver, to apologize for stupid things I’ve said, or assumptions I’ve made. This blog is a step in that direction. Tim pointed out that most of the words in this essay aren’t my own, but I’m conscious of the fact that other, more educated people are speaking more eloquently on this topic. I have always admired, but rarely adhered to the maxim “If you can’t improve the conversation, remain silent.” In this moment, I’m mostly just trying to point out a couple of the conversations that are taking place.

Every single day, Love yourself, love your neighbor, love the other, love the world in some real, tangible way. Do something that moves us closer to connection, to unity, to grace and forgiveness, even if only by a millimeter. If you can do it by a yard, that’s even better, but most days we aren’t hitting it out of the park. Palmer quotes Sikh lawyer, activist and filmmaker, Valerie Kaur, who advocates for Revolutionary Love, through the metaphor of mothering.

“Mothering, a capacity that exists within each of us, helps us redefine love, not just as emotion but as a form of sweet labor. It calls us to wonder about others, listen to their stories, respond to their needs. We employ many emotions in that labor: Joy is the gift of love. Grief is the price of love. Anger is the force that protects it.

Amen, Valerie and thanks for saying it better and saying it for me.