As you may know, San Diego has had a very mild winter. Most days it’s easy to forget that it’s winter at all. We’ve had beach days, pool days, sunburned noses. We’ve been surfing and paddleboarding and appreciating every moment of it. Love is everywhere and I’ve been trying to capture it with some help from my friends.

While I don’t normally include man-made #signsoflove, I couldn’t resist including this one from my Auntie B. She knew it would make me smile. Even I might go camping in this. 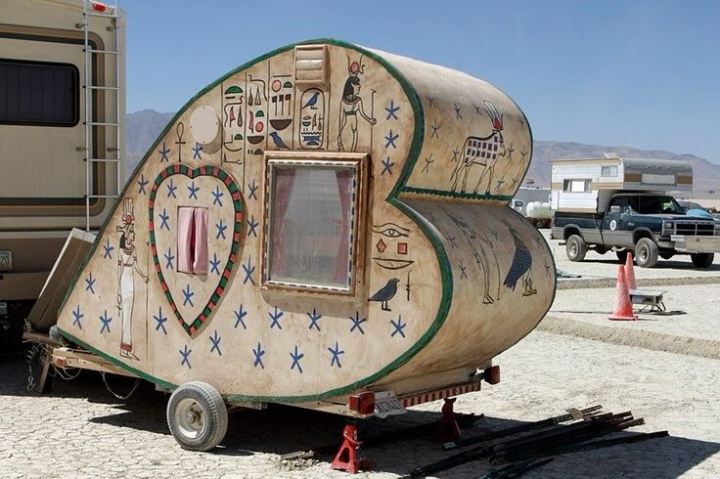 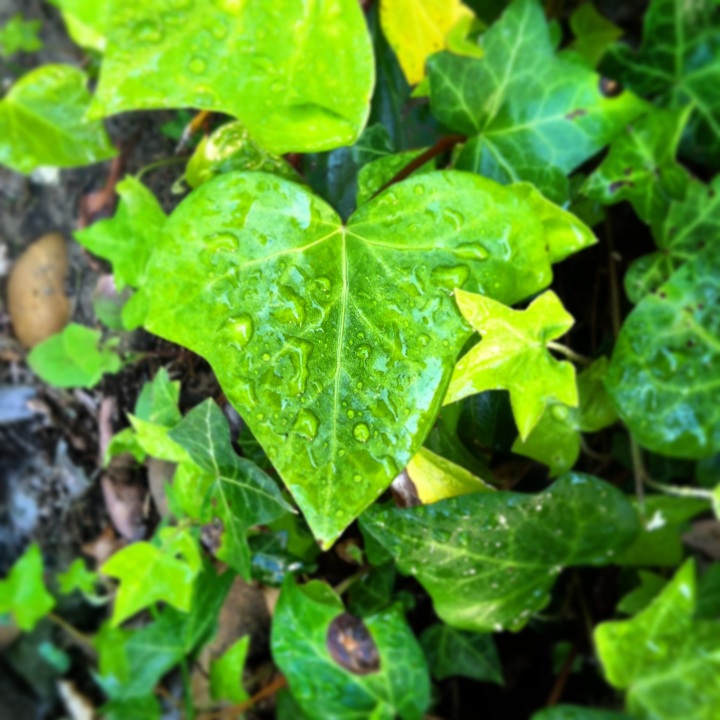 This solid #signoflove was in my friend’s yard. I guess I wasn’t the first to find it, but I certainly appreciated it. 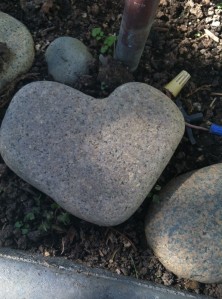 I wonder what it says about beach that love shows up so often there, from sea weed to sea shells.

We made some #Signs of our own. 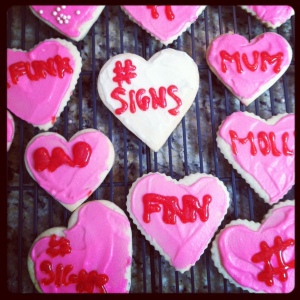 I have been terribly remiss in updating this page over the last year, but the #signs keep coming. In fact, they have been so prolific that Drew Barrymore just published a book about the 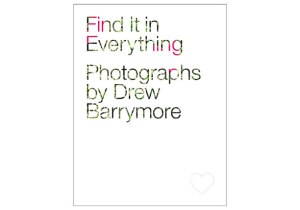 #signs she’s seen and collected. She calls Find It in Everything. I’ve heard my collection is better, but who’s counting? Well, she is, all the way to the bank, but that’s okay.

Here is some of my favorite #signs from the last year. I promise to do a better job of sharing them more regularly.

In honor of Valentine’s Day, which is coming up at the end of this week. I hope Tim gets the hint…

I have to admit, you could argue that this next #Sign of Love didn’t occur naturally. However, since it was created by two five year old girls whose natural disposition is LOVE, I would disagree.

When walking and finding a #sign that is biodegradable, I love knowing that I caught one moment of Love, a reminder that will be here so fleetingly that no one else may ever see it. I think of it as a win, a lottery ticket that wasn’t lost, an opportunity to Love. 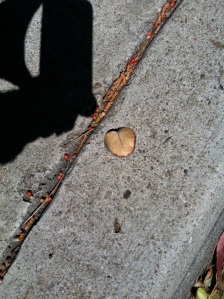 My niece, Sia G, loves to send me hearts. This is one of my favorites.

The Lad is also one of my best #sign finders. This one was discovered while studying for his Spanish final in the backyard. This picture became his way of saying thank you.

Sometimes you have to kind of squint to see Love, but I think Love in real life is kind of like that too. You have to look sideways sometimes and think “Close enough.”

I will never get over how often Love shows up in the strangest places. 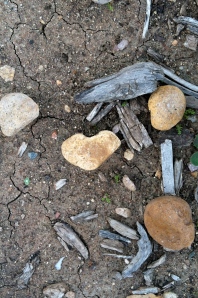 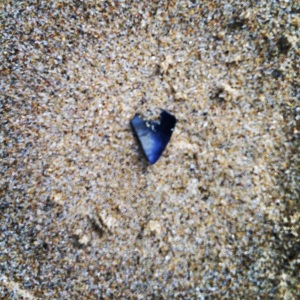 The new year has already brought several new #Signs of Love to share.

Lauren Z was making supper for a friend who has cancer. She found this #Sign of Love and sent it to me. I think we were all healed a little bit that night.

From my friend Michelle, who confessed she really needed some extra Love one morning, and pulled this out of her espresso maker.

This was sent via Facebook from my friend, Erin L. I am not really a pet person, but even I would not be able to resist this little guy.

My first #sign of love of the new year came early – at breakfast. Molly ate the center (only) of several cinnamon rolls and though her cousins were mad, she thought it was okay, because it gave her a #sign of love.

Walking outside on the day of the Connecticut school shootings, I found this reminder that Love can conquer all.

Friends (and their kids) think of me, even while eating dinner. 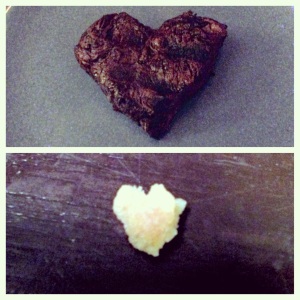 My sister Amy’s house gets a little love in the afternoon.

From my cousin, Jenny Taras.

A rainy day walk produced some beautiful #signs of love. 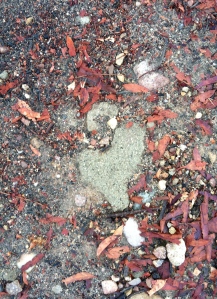 This was sent to me on Facebook by my friend Shelly. She said, “Found this on my morning walk at crystal cove. Thought of you:-)”  I wish I was walking at Crystal Cove beach in the mornings too, but this is so beautiful, I had to share. 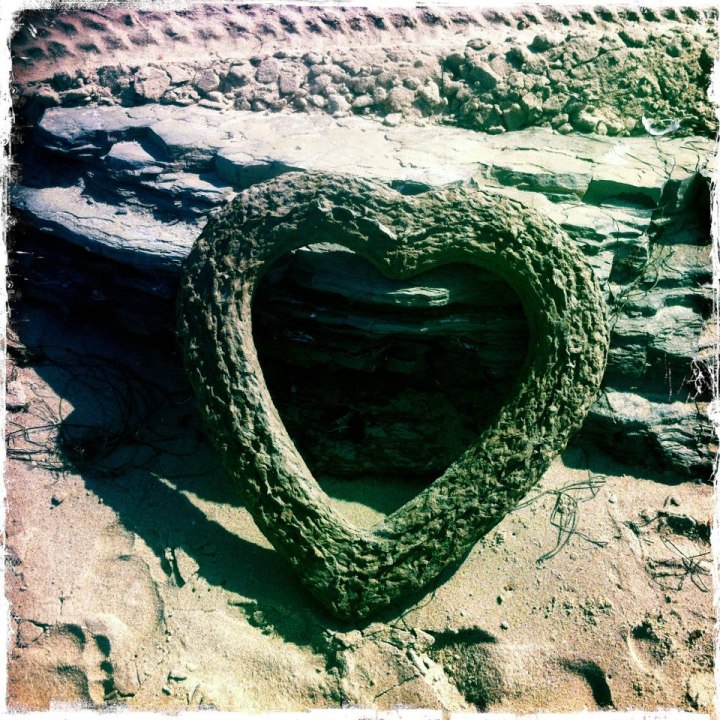 Oh, I have been delinquent updating this page, but the #signs just keep coming! This one from my friend Colleen inspired me to get back on track, sharing the Love. She found it on a walk near the Willamette River.

Since we are spending so much time at the beach this summer, it was inevitable that there would be a few #signs of Love there too. This is one of my favorites. Closed in upon itself, it looks nothing like Love, but opened up, it says Love, loud and clear.

I found this one and thought of how we sometimes find Love amid the stumbling stones of life.

A trip to the beach on Father’s Day led to this find – a tar heart. It was lying in the sand under a few inches of water as Molly and I walked along the shore.

From my friend Carla who texted me. 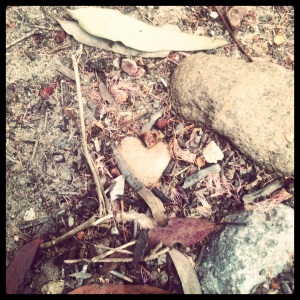 Some of the most Important #signsoflove I find are in parking lots. Strange but true. I am walking in or walking out of a store or business. I’ve found what I wanted or didn’t. I probably feel like I spent too much money or am about to. Since I live in Southern California, I either just got out of traffic or am heading back in to it. There are so many moments of potential irritation, disappointment or not-quite-rightness. But ❤️ comes along and reminds me what is important. I take a moment to breathe, to smile to myself, to remember who I am and What I’m here for - which is basically to Love as best as I can in any given moment. Sometimes I do that well; sometimes I do it poorly, but being reminded in a Lowe’s parking lot is as good a place as any to get the message.
The day is finally here!!! It’s embarrassing how long I’ve been on countdown to see her in person, to have her in my arms and under my roof, to hear her laugh at something her brother says and clap back at her dad with a line from some sick show the two of them love and I refuse to watch, to see her stand next to her sister and see how they’ve changed and grown over the last 6 months and look more alike and yet even more distinctly like themselves. One morning earlier this week, I thought of her coming home and some thing deep within my belly LEAPT FOR JOY. It was the strangest sensation but I immediately thought of the story from the gospel where Mary goes to visit her cousin Elizabeth and the baby in her womb leaps in recognition at the Christ’s presence in utero. Before consciousness, they knew each other. Let me tell you - I dont think that’s an exaggeration. I get it. Like knows like. Love knows love. Heart knows heart. My Christmas wish for you is a LEAP OF JOY, the heart lift that comes when you are surprised by Love and reminded of the goodness of your life and the people who are in it. We have her with us for 7 days and it will go by way too fast and we’ll have to share her with other friends and family and it may be another 6 months before we see her again - though I hope not - so I am going to soak up every minute of it - and remind myself not to hover or parent too much or dread her departure two days after her arrival. No foreboding joy. Just present moment awareness. Just gratitude for the gift of her in my life. @kearakirks
It’s beginning to a lot like Christmas (in San Diego). I met my last pre-Holiday deadline around 4 pm this afternoon and decided to celebrate with a walk on the beach. The Universe decided to celebrate with me. Keep going until you see the final view. For all you liturgical nerds out there, we just celebrated #gaudetesunday a couple days ago. The color was pink; the theme was #joy. I’m calling this #gaudetetuesday -holier than heck and it had me dancing in my bare feet in the sand and water.
When I don’t even want my bad mood taken away, but Love finds me anyway... the mood doesn’t magically disappear, but my self-righteousness does. #signoflove
A little #signoflove to start your day. Squished something on the concrete with a little extra trash in a pretty color. Keep your eyes peeled friends. #SignsofLove are everywhere.
Today’s #signsoflove brought to you by the Universe as manifested in the canyons of San Diego.