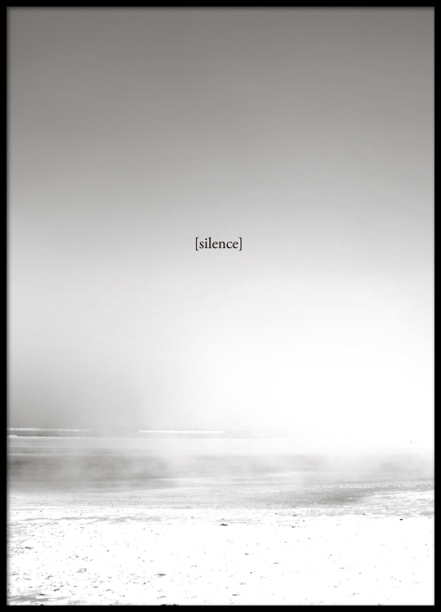 Now we will count to twelve
and we will all keep still.

For once on the face of the earth,
let’s not speak in any language;
let’s stop for one second,
and not move our arms so much.

It would be an exotic moment
without rush, without engines;
we would all be together
in a sudden strangeness.

Fisherman in the cold sea
would not harm whales
and the man gathering salt
would not look at his hurt hands.

Those who prepare green wars,
wars with gas, wars with fire,
victories with no survivors,
would put on clean clothes
and walk about with their brothers
in the shade, doing nothing.

What I want should not be confused
with total inactivity.
Life is what it is about;
I want no truck with death.

If we were not so single-minded
about keeping our lives moving,
and for once could do nothing,
perhaps a huge silence
might interrupt this sadness
of never understanding ourselves
and of threatening ourselves with death.
Perhaps the earth can teach us
as when everything seems dead
and later proves to be alive.

Now I’ll count up to twelve
and you keep quiet and I will go.

Pablo Neruda was a 20th century Chilean poet, diplomat and Nobel Prize winner. He is most famous for his love poetry, but was deeply involved in politics as well.

Instead of spreading out the two poems about war and peace, I wanted to join O’Tuama’s poem with Neruda’s. One counts the cost of violence; one offers a solution. It may be a fantastic one we are tempted to scoff at, but still, he creates an inviting picture of what the world might look like if we simply went silent together. A count of twelve? It’s a place to start. Would it accomplish anything? I don’t know, but I wouldn’t dismiss it out of hand. It’s never been done. Who knows how it might affect our global consciousness to have all 7 billion of us make a choice to be at peace for a period of time, however brief?

But I will move away from the “woo woo” aspect of the poem and get to the nitty-gritty of it, because eventually Neruda does get to the root of the problem, the cause of the violence, war, and aggression that haunts our world. Perhaps” If we were not so single-minded/ about keeping our lives moving,/ and for once could do nothing,” it “might interrupt this sadness/ of never understanding ourselves.”

It’s a simple, but great wisdom to understand that “hurt people hurt people,” and that “if we do not transform our pain, we will transmit it,” usually to the most vulnerable people around us, our children and spouses, our employees and those on the margins who serve our needs. And don’t forget all the ways we daily declare war on ourselves for some minor “transgression” that any one else could easily forgive. This is the sadness we would face in our “count up to twelve,” but as badly as it might hurt, it wouldn’t hurt as nearly as badly as we’re hurting the world and everyone in it by refusing to face it. Neruda’s reference to the resurrection mystery embedded at the heart of the universe,”when everything seems dead/and later proves to be alive,” is the wisdom we must seek when seeking for peace.

While I can’t offer you a recording of Neruda reading this poem, I can suggest you listen to the one of my favorite Buddhist teachers, Sylvia Boorstein, read it to a live audience. Her warm, husky voice is soothing and wise. She makes me believe that “Keeping Quiet” might just be a possibility.

P.S. As I was getting ready to hit publish, I saw that Parker Palmer, a Quaker activist, author and teacher, had just published this same poem in his blog on On Being. Apparently, something in the universe is calling many of us toward this radical idea.