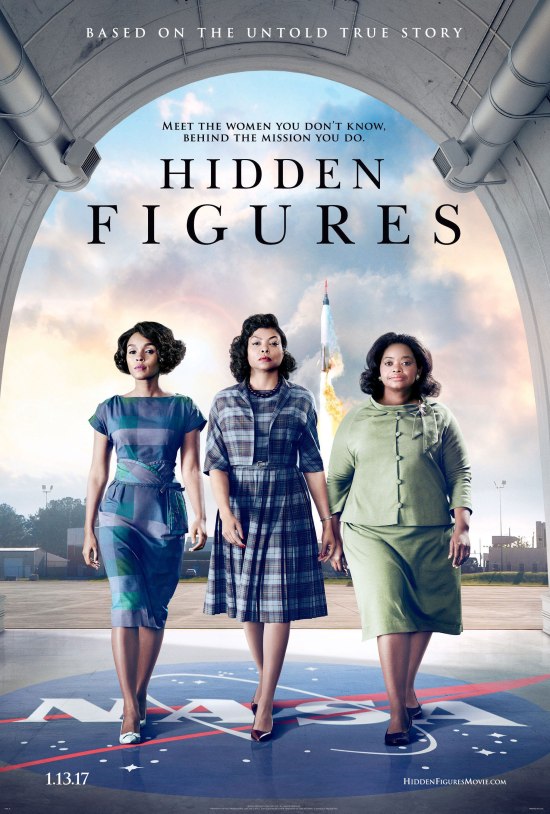 Without intending to be a cliché, I took Molly to see Hidden Figures on Monday. Countless friends had said, “See the movie!” reporting reactions that included tears, awe, and pride. As I watched the film, I was entertained and impressed, but I also felt a deep sadness. Maybe it was because we were celebrating Martin Luther King Jr.

Before the movie, I had just read this post by Rachel Held Evans, which pointed out the complacency of much of the white Christian churches during the Civil Rights Movement. (Please don’t point out the exceptions. That’s what we always talk about to make ourselves feel better.) I had also read a comment on my friend Kate’s wall:

“I read this post from Naomi Schulman this morning and haven’t stopped thinking about it: ‘Nice people made the best Nazis. My mom grew up next to them. They got along, refused to make waves, looked the other way when things got ugly and focused on happier things than ‘politics’. They were lovely people who turned their heads as their neighbors were dragged away. You know who weren’t nice people? Resisters.’”

Hidden Figures has lots of “nice” white people in it, but the film makes it clear that they really aren’t that “nice” at all. Kevin Costner’s Mr. Harrison pulls a few dramatic stunts in order to make maximum use of Katherine Goble’s genius mind, but he does it to help NASA, not her, or the black community. Motivated by empathy, a Jewish engineer from Europe encourages the brilliant Mary to continue her education. He knew what it was like to be part of a despised race. But apart from those two men, the “nice” people were simply polite, almost cruelly so.

Though working as a supervisor for almost a year, Dorothy Vaughan is repeatedly denied the title and compensation due to her. Mrs. Mitchell, Dorothy’s white supervisor, washes her hands of the discrepancy, blaming it on slowness of NASA and the inconsistency of the computing work. “What can one do?” she tells her self and Dorothy. Apparently, a lot if one really wants to. The moment Mrs. Mitchell needs Dorothy to have the title and position for the sake of her own white staff, the promotion miraculously occurs.

Someone “helpfully” provides a Colored coffee pot, so that Katherine won’t use theirs and decorum can be preserved. When Katherine needs a bathroom, the only other woman in the room says she doesn’t know where Katherine’s bathroom might be. (It was a half-mile away.) I can imagine she thought: “Well, it’s not my problem. I didn’t make the rules; I’m just following them.” She might have even thought she was being “nice” by implying that Katherine shouldn’t use the White Ladies room, lest she break the law. For the most part, Katherine is ignored by her peers in the space lab. She is a “computer,” brilliant, but nothing more than a woman and a colored one at that.

Hidden Figures prompted me to examine how I have been complacent to and complicit in systems of injustice, but they did it subtly. There was no overt attempt to produce white guilt, but I found myself thinking. When have I been polite, but not helpful? Verbally supportive, but physically inert? How often have I ignored the suffering and difficulties of others that were within my ability to address?

That’s what I found so compelling about Hidden Figures. While other films have dealt with the subject matter of racism, they usually offer a sympathetic white character with whom white audiences can identify. When we can imagine ourselves as one of the “good” people, we can dismiss the others as unlike ourselves. The Help had Emma Stone as Skeeter Phelan and who wouldn’t want to be that courageous, beautiful woman? A Time to Kill had Matthew McConaughey’s sexy Jake Brigance. Selma had the mostly, unnamed freedom riders and clergy. It doesn’t matter the size of the role; our ego will attach to virtually anything that allows us to remain unchallenged. Personally, Hidden Figures offered me no such decoy. Even as the white characters soften towards the women, the recognition of their skill, much less their unique humanity, is far too long in coming.

The talent and backbone of these women is incredible; the support and sacrifice of their families is admirable, but the way we hindered them was unconscionable and that is the message that stays with me today. Please, do go see the film. It’s worth watching. It celebrates hard work, determination, and intelligence. Glass ceilings are broken, while traditional values of family, faith and love are upheld. But when you go, don’t just see the story of these women; be willing to see a story that continues to this day as we struggle to achieve equality for all citizens, no matter their color, creed, gender, or orientation.